Jacob Blaising is a student of Iris Academy from Falcon Hall. He's friends with Minnie Cochran and has a large role in her romantic spats with Kyo Katsura. His roommate is Logan Phifer. He'll also visit the sports club and thinks that it's unnatural to not use magic, even for sports.

He knew Virginia Danson when she was young and is highly involved in her path.

He runs for the Freshman Treasurer position as "The Blazing Fire" and claims that he's good at handling money because he's rich. If he wins the job, at the end of the year he will offer dance lessons to other students.

He apparently solves every Exam, and when he does, he writes something on the wall near the exit (examine the wall just before you leave).

According to Virginia, he has two fathers; if you go on a date with Damien you'll see them.  One's hair is 'apparently on fire'. 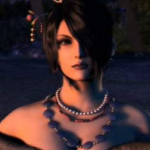 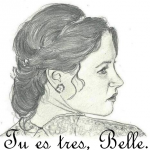